DIRT 4
Dirt 3 (stylized as DiRT 3) is the third installment in the Colin McRae Dirt series and the eighth in the Colin McRae Rally series. However, the "Colin McRae" tag has been completely removed from its iteration (having previously been removed from only American versions of previous games in the series). The game was released in Europe and North America on the 24 May 2011, and two days later in Australia for Microsoft Windows, PlayStation 3 and Xbox 360. The Japanese version was released on 25 August 2011.

The "DiRT Tour" career mode sees players competing as a privateer, earning "Reputation" points in various events to gain the interest of sponsors; these provide the player with new vehicles to drive.

Flashbacks return from Colin McRae DiRT 2, which can be used up to five times per race, but cost Reputation points to use. A new "Gymkhana" mode puts players in vehicular obstacle courses, challenging them to perform various tricks to earn points and entertain the crowd.

Also featured are various online party modes, involving events such as smashing wooden targets, spreading a zombie infection, and Capture The Flag. Other new features include a Hardcore mode which limits players to the cockpit view with no driving assists, the appearance of rain and snow, and the ability to upload replay clips directly to YouTube.

The Complete Edition of Dirt 3 was announced to be released by Codemasters on March 9, 2012 in Europe and March 20, 2012 in North America for all platforms (Xbox 360, PS3 and PC, which bundles the base game and all the DLCs released in one package. It was released on Steam on 1 April 2015 for PC and OS X. However, it has been delisted from Steam on 31 December 2016.

Not to be confused with drivers, the characters in DiRT 3 are there to guide and aid the player on their journey to racing glory. They each have a separate role to play, as outlined on their respective pages. 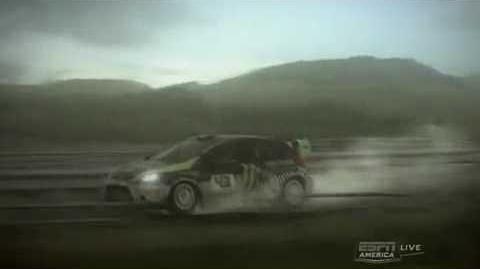 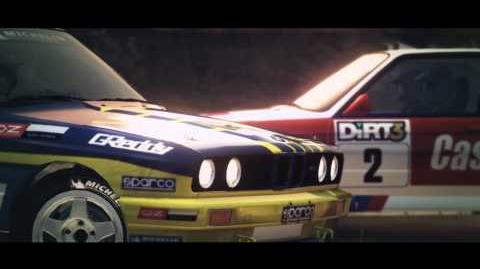